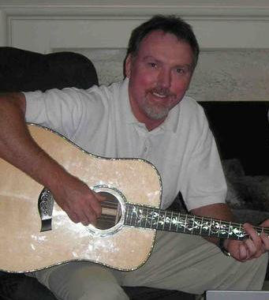 It comes as no big surprise to country music listeners that the writer of Where Corn Don’t Grow, Two Sparrows in a Hurricane, and It Works comes from a small Arkansas farm community. Although all of Springer’s songs aren’t talking about the farm, most are taken from real life situations. As a youngster, Springer helped out on the family farm. He says he loved growing up on the farm but always wondered what else was out there. Years later Mark enjoyed the success of “Where Corn Don’t Grow” a #2 hit by Travis Tritt, which deals with that very subject.

In 1993, Springer’s #1 Two Sparrows in a Hurricane, recorded by Tanya Tucker, was named one of the top 10 songs of 1993 by TNN’s Music City News songwriter awards show and the song was also nominated as ACM’s “Song of the Year”. Springer later scored with the number one hit One Boy, One Girl recorded by Collin Raye.  Then Mark caught the ear of Kenny Chesney, who has recorded five of his tunes including the #1 hit When I Close My Eyes. “Kenny and I phrase a lot alike and he seems to get what I’m trying to say in a song, “says Springer. In 1997, Springer landed the number five spot on Music Row Magazine’s list of the year’s top songwriters with the hits When I Close My Eyes, Where Corn Don’t Grow and Thank God for Believers #1, #3, and #1. In 1998, Mark landed his 5th number one song with Kenny Chesney’s version of “That’s Why I’m Here”. “It is the biggest impact song I have ever recorded” Chesney says referring to the song that deals with a recovering alcoholic. Later that year Springer was named BMI’s Country Songwriter of the Year. 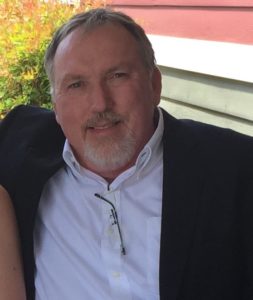 Springer gives credit to his publishers through the years for teaching him the basics without taking away the emotion. Springer started his music venture with MCA’s Tony Brown in 1984 and later signed with Harold Shedd at the Music Mill. Roger Murrah and Tom Collins came in to the picture next. Springer later signed a co-venture with EMI Music Publishing with Gary Overton at the helm.

“I have been fortunate to find the right publisher at the right time during my career,” says Springer who sold his publishing venture with EMI Music Publishing, which included Shaye Smith a fellow Arkansan as a staff writer. 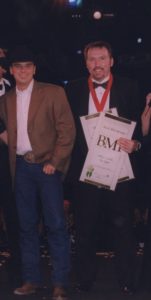 “I like to know what I’m writing about or to at least be in touch with the emotion in the song. “Most of the songs I’ve had recorded have been written about me or someone close to me”. “I don’t write as many songs as most writers, so when I do write, I try to write something I feel strongly about” says Springer. “ I have three daughters (Colyn-19, Haven-22, Alli -25), a 5 year old son, a 20 year old step son, a 19 year old step daughter, a wonderful wife, two dogs, a small farm, and I coach girls basketball. That’s a lot of songwriting material.”

As President of the Nashville Songwriter’s Association International, Springer led a group of songwriters to Washington D.C. to meet with several Congress and Senate members on behalf of songwriter rights. Springer served NSAI (nation’s largest songwriter organization) as president for two years. As Nashville Songwriter’s Foundation Board Chairman, Springer signed the original agreement with Belmont University to establish a partnership that would eventually create a songwriting degree for the college as well as a songwriter’s hall of fame.

In recent months, Springer has started “Springer Ink”, a company that allows Mark to incorporate his songwriter talents with his marketing degree. Springer Ink works with various businesses and organizations to help create image and messaging campaigns. The company produces both video and audio products for client’s use in reaching their target markets via TV, Radio and Social Media. “I love the opportunity to combine my experience in music and marketing to tell the client’s story in an effort to connect with their target audiences. There seems to be a need for a company willing to spend the time with the client in an effort to create a unique message at a reasonable price.

In 2016, Springer and his wife Stacey opened “Sparrows Nest” an Air BNB and wedding / event venue. Springer also continues to tell the stories and perform the hits at house concerts, benefits, and private functions. The “bare bones” acoustic show continues to be a rare and memorable experience for audiences young and old.