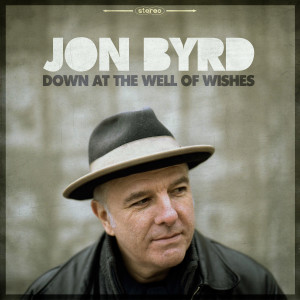 JON BYRD lived his formative years deep in the piney woods of south Alabama, just one county over from the birthplace of legendary country music artist Hank Williams. When Jon was just eight years old his dad was diagnosed with TB and began singing Jimmie Rogers’ song “TB Blues” all around the house. That same year Jon saw the Beatles on Ed Sullivan and his obsession with the musical tension between country and rock and roll was born. Two years later he was conscripted at age 10 years into the drum corps of his tiny high school’s marching band and played Booker T. and the MG’s “Green Onions” while the majorettes held the cymbals and danced. There was no turning back.

After touring nationally in the 1980s with Southern jangle-pop purists Tim Lee and the Windbreakers, and Birmingham’s Primitons, the 1990s saw Byrd attempting a Ph.D. in American Studies at Emory University in Atlanta… and also becoming a central figure in Atlanta’s infamous Redneck Underground movement as lead guitarist for the seminal and storied country band Slim Chance and the Convicts (Letters to Mama, 1993, and Twang Peaks, 1996). He also formed the hard country band The Ratchet Set with Clare and Todd Butler as a musical outlet for his love of old trucking songs and two chord honky-tonk gems.

In 1998, after 7 years of teaching and no dissertation, Byrd helped country traditionalist Greta Lee record her first full-length CD This Ain’t Over Yet. In 2001, he co-produced and again handled lead guitar duties on Lee’s follow-up You Must Be Present to Win. That same year, Byrd relocated to Nashville, Tennessee where he quickly made a name for himself in Music City as a singularly authentic country singer and Telecaster slinger recording with such fine country and alternative country artists as the soulful Davis Raines, Texas country singer Buck Jones, folk-rock songwriter Stephen Simmons, and the rockabilly whirlwind Suzette and the Neon Angels.

The move to Nashville took an unexpected turn. As a sideman, Jon had long been performing his own compositions– if only one or two a night– but now he was ready to showcase his singing and songwriting in ernest. In late 2004 he debuted his band Byrd’s Auto Parts, a rambling collective of in-demand players who set about fleshing out Jon’s original material. A CD followed in early 2007. The recording reflected Byrd’s eclectic tastes in country/roots music and his fun-loving performance style. And the critics loved it: “A terrifically accomplished, versatile country singer,” reported No Depression magazine. 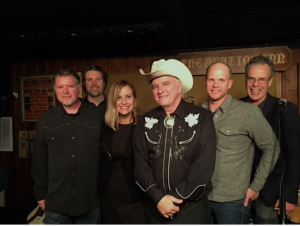 After a standing-room-only show in October 2011 at Nashville’s legendary Station Inn, Down at the Well of Wishes was released to European radio where it reached no. 14 on the Euro-Americna Chart and Jon began a five week tour of the UK and Norway— his first. Over the next two years Jon put together two more international tours. 2012 also saw Jon taking the lead vocal on “How to Talk to a Baby Goat” on the Grammy nominated I Love: Tom T. Hall’s Songs Of Fox Hollow, a tribute to Hall and that legendary Fox Hollow recording. This recording also included Buddy Miller, Patti Griffin, Jim Lauderdale, Lloyd Green, Elizabeth Cook, Duane Eddy, Bobby Bare, and Tom T. Hall himself!
2013 was a year of full-time touring. But he also managed to record a new record of 10 songs in the Outlaw tradition of celebrating the great writing of un-sung songwriting hero-pals. Each song on his latest recording ROUTE 41 is penned by a dear friend and was released October 2014.

JON BYRD brings music lovers of all stripes out to hear great country songs sung and played with heart and soul. He’s a little more accomplished now, but he’s still that little kid playing for the hometown crowd.

If you want on the Email-train, send in a simple request to be added via jbyrd(at)tds.net

About Jon’s latest recording: ROUTE 41 — “The recording of ROUTE 41 is in part a reflection of my journey up U.S. Route 41 from Atlanta to Nashville over a dozen years ago. On that trip I took some inspiring songwriters with me, or at least their songs. And of course met so many more when I arrived. A few of these writers weren’t far behind me on their own journey up Route 41. Others traveled some other stretch that got them to Music City. Nashville has been the most generously inspiring place I’ve ever known. I love living in the same town as John Prine, Bobby Bare, and Tom T. Hall… and so many of the songwriters, and dear friends on this record!” jb